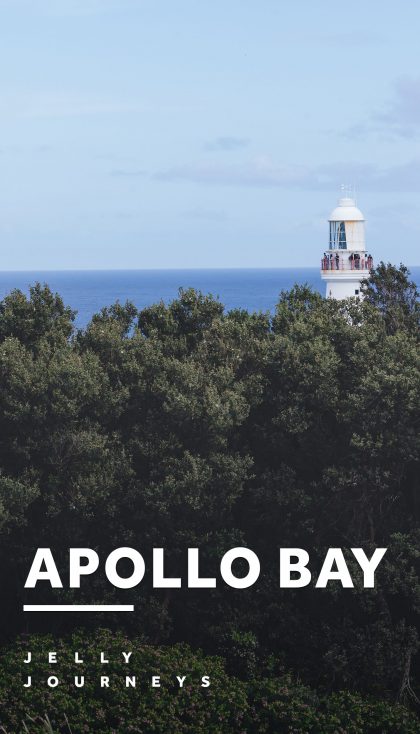 Who else has pelted it straight down the Great Ocean Road to the 12 Apostles and not stopped to look at other towns along the way?

Last week, we were working with the Great Ocean Road Tourism for a 3-day road trip to Apollo Bay, capturing images for their social media, which allowed us to discover the region further.

Since living in Melbourne without a car, we haven’t really been able to appreciate Australia’s full nature, so we were really happy to be back on the road again. Road Trip! 🚗

I feel that this might turn into a more of a food blog, since we went to a lot of good restaurants and cafes that were recommended to us. So if you wanted to check out more from behind the scenes of our visuals/thoughts of the best parts of Apollo Bay and The Otways, watch our vlog below.

The first thing I wanted to mention, was our first stop at the Apollo Bay Bakery to try their famous Scallop Pie. I was super excited to try this out. I’ve always seen meat based pies, so to try a seafood pie was pretty interesting. I can see why the bakery is a highly recommended place to go and I would absolutely suggest it to anyone road trippin’ the Great Ocean Road.

I tried the Curried Scallop and Leek pie and one really wasn’t enough — I’d love to go back and try the Scallop Momay Pie as well! If seafood pies aren’t your thang, then don’t worry, they have other fillings like the Chicken parma pie that Joe had, which tasted like a pizza.

Other Areas Around Apollo Bay

We were recommended to visit the Glow Worms at Maits Rest Forest, which is a short drive away. It was pitch black and I was pretty glad there were a couple of other people around us also looking to find the glow worms too.

We only managed to see a couple of them in the end, which was a bit disappointing. We later found out that if it’s been raining beforehand, they don’t usually come out. Of course, it had been absolutely chucking it down in the week leading up to this trip, so it’s no wonder we barely saw any. 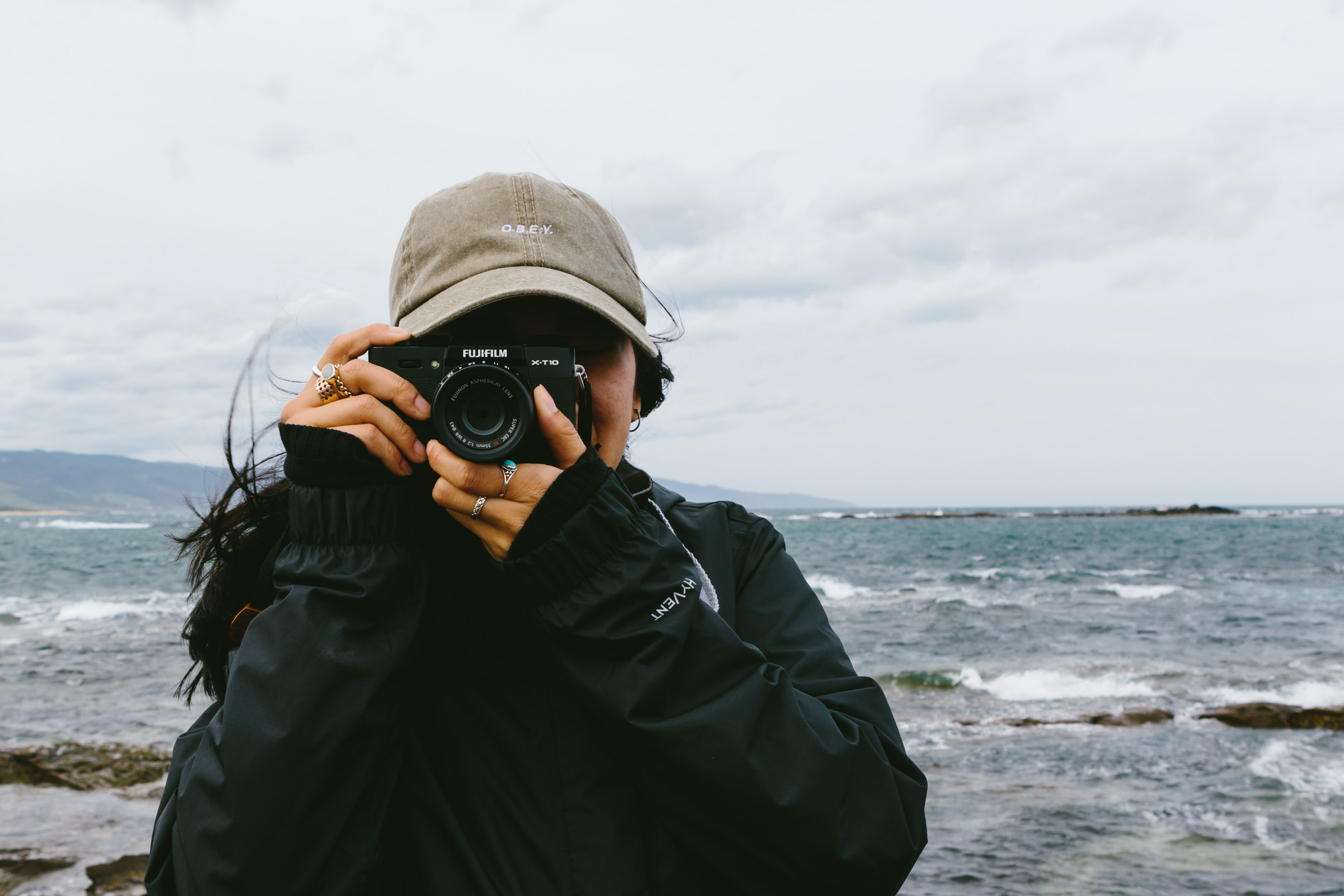 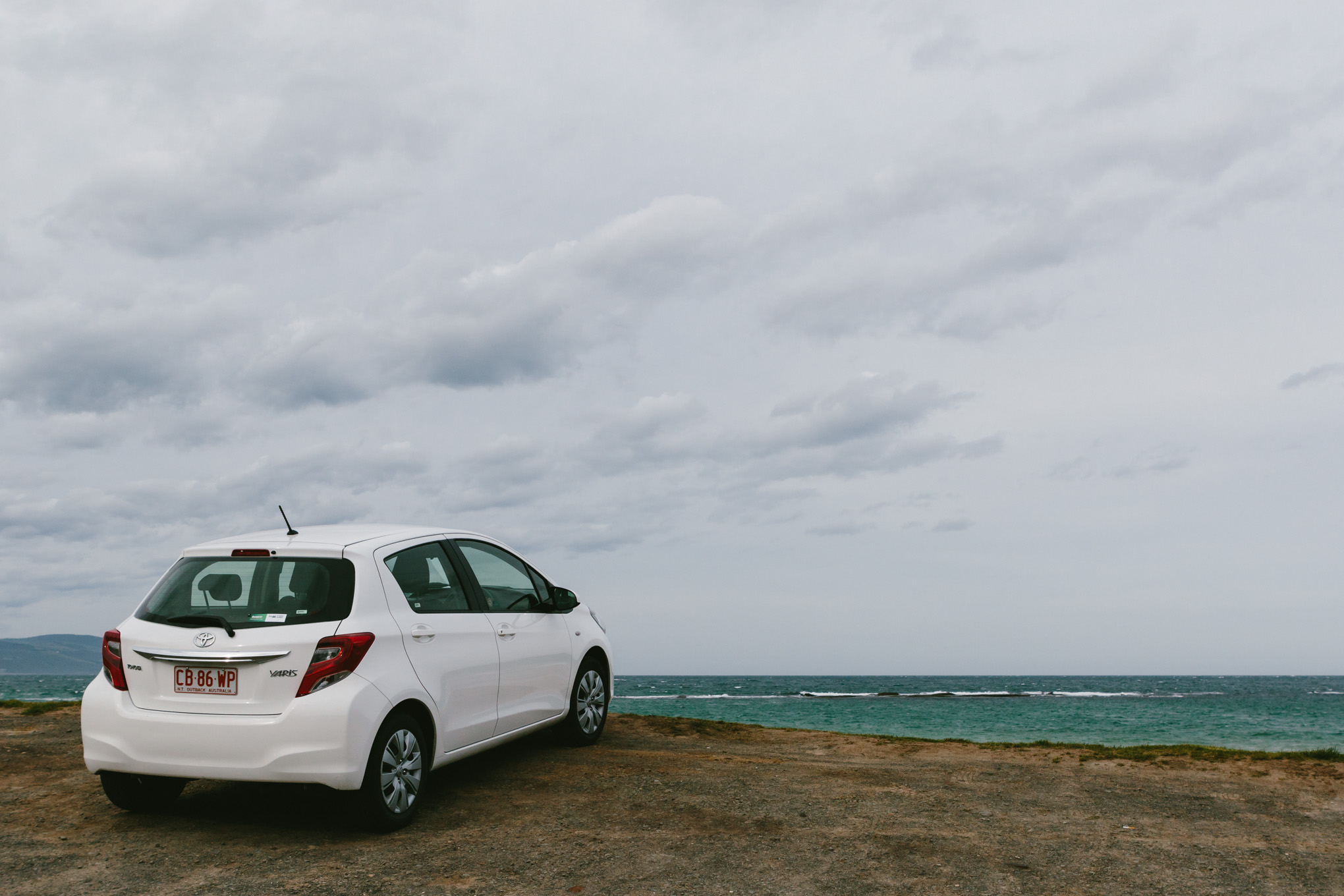 The road to the Cape Otway Lighthouse is a great place catch those Australian road shots, so take your time on your way there. We also saw some wild koalas in their natural habitat which was a nice surprise! We couldn’t get over that we’d finally managed to see some in the wild! 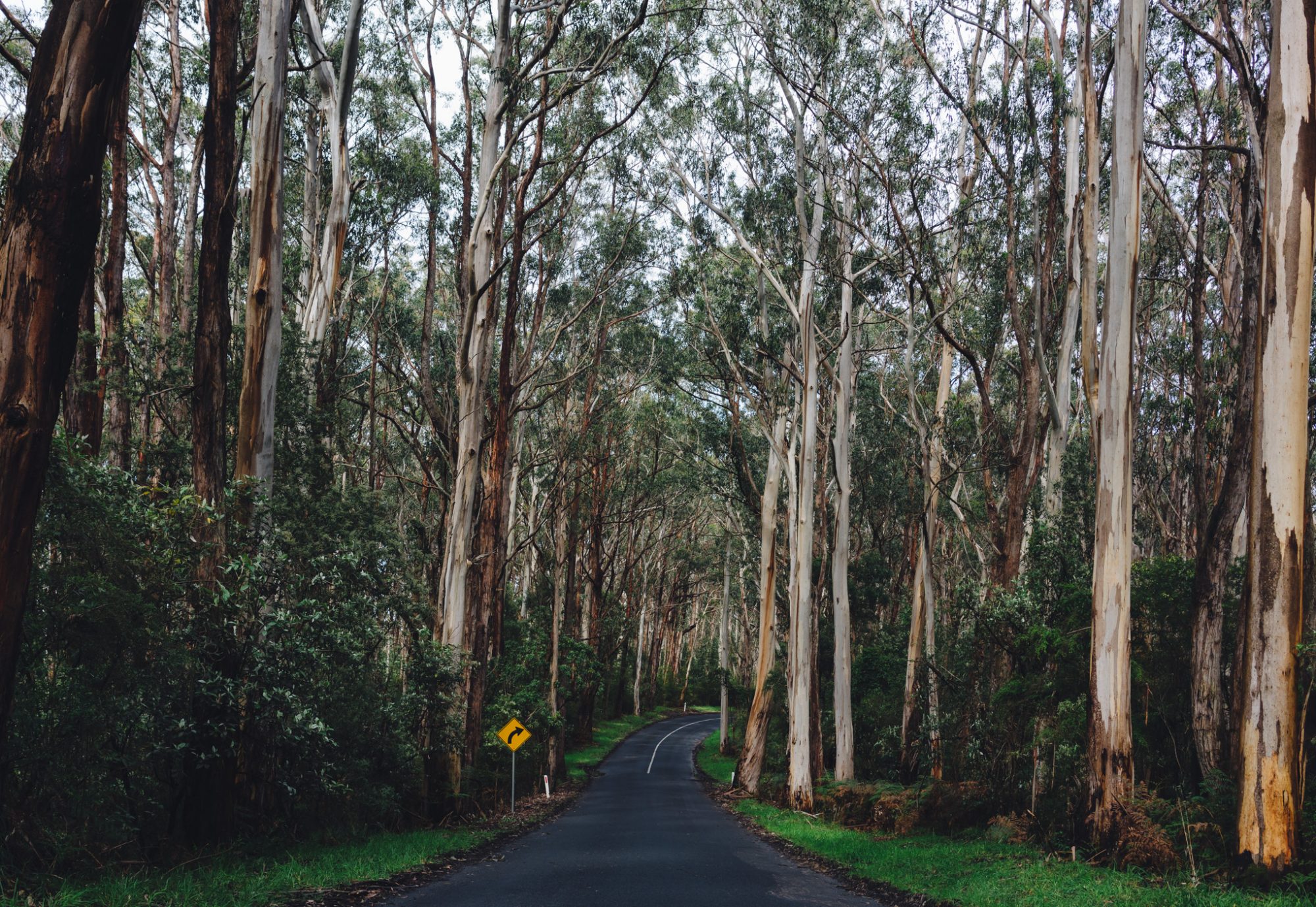 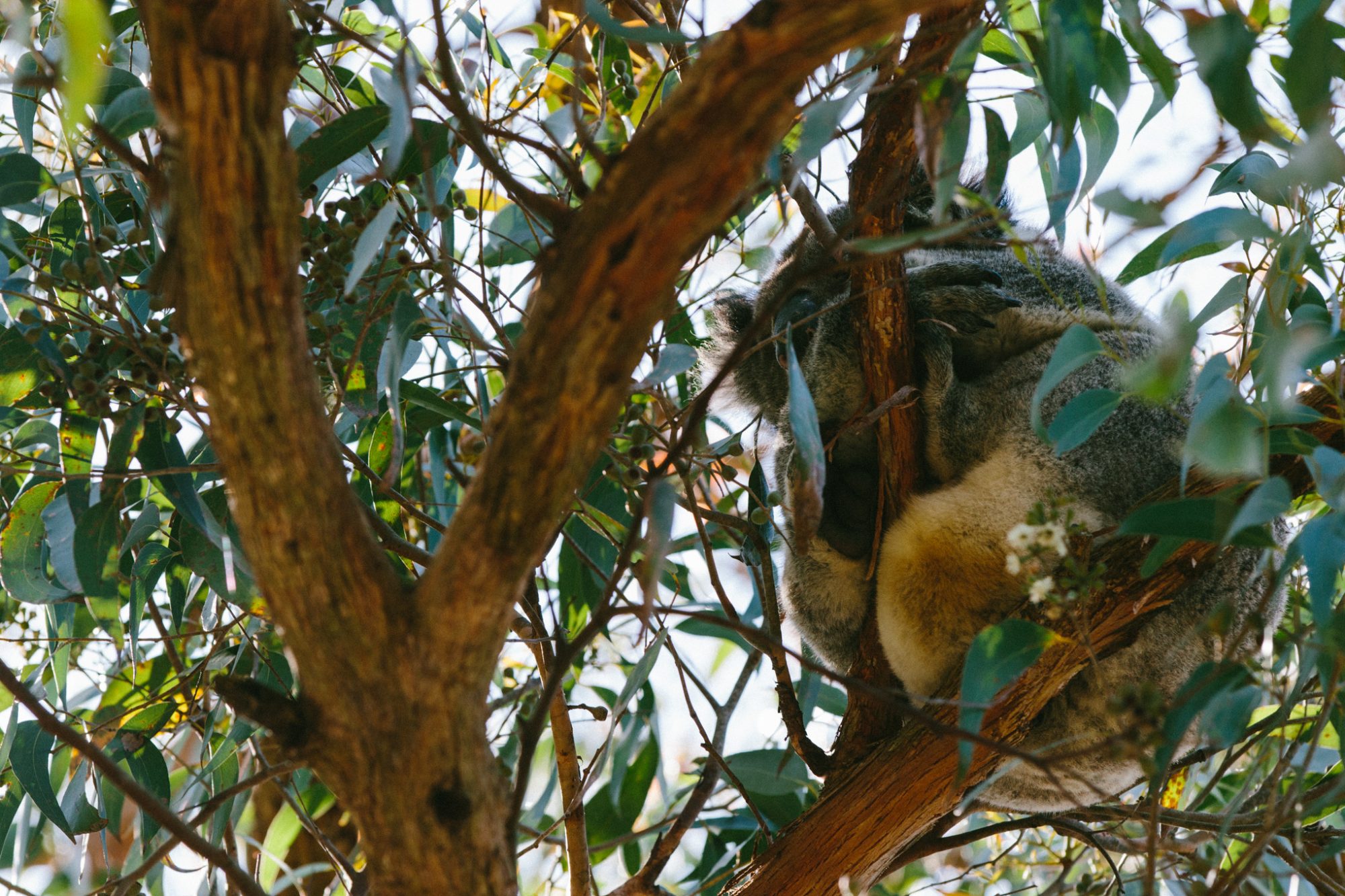 If you have some time to visit the Lighthouse, it’s a great way to kill a couple of hours and stretch your legs. Along with touring the grounds, if you’re a history nerd, then you can listen out for one of the talks given by the staff at certain times throughout the day. It’s also quite fun to go up the lighthouse and see the great view of the cliffs and vast ocean out across the horizon. 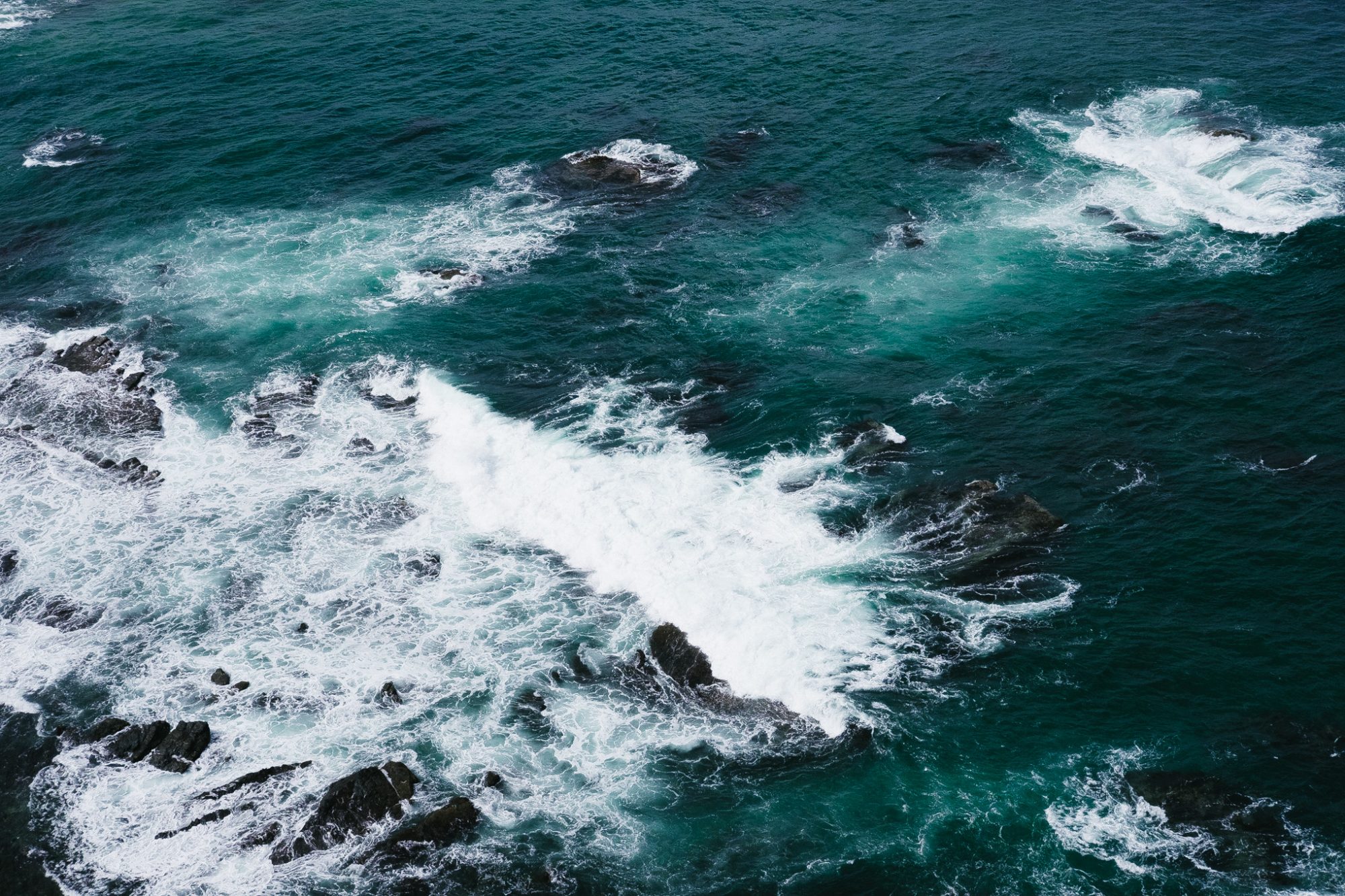 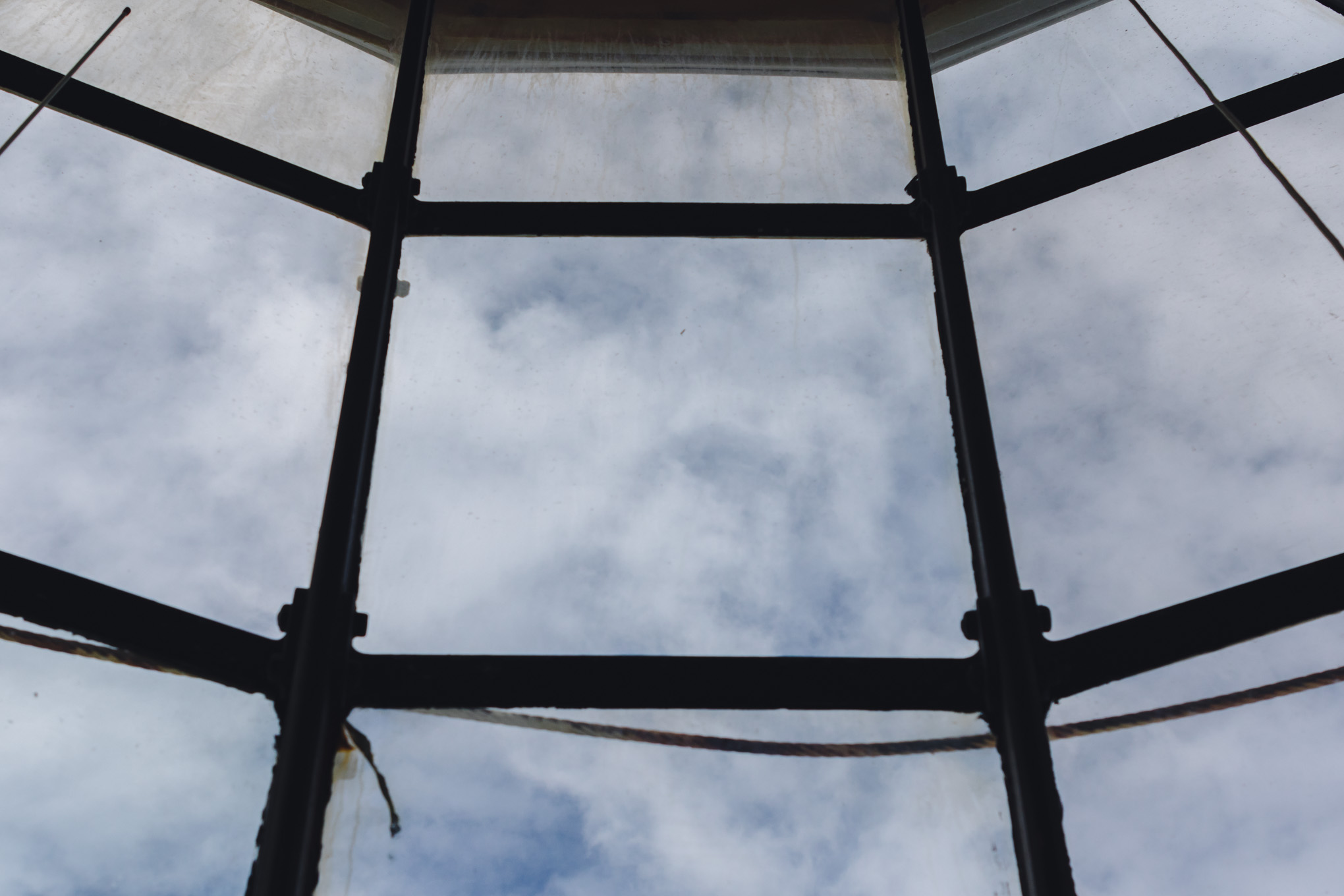 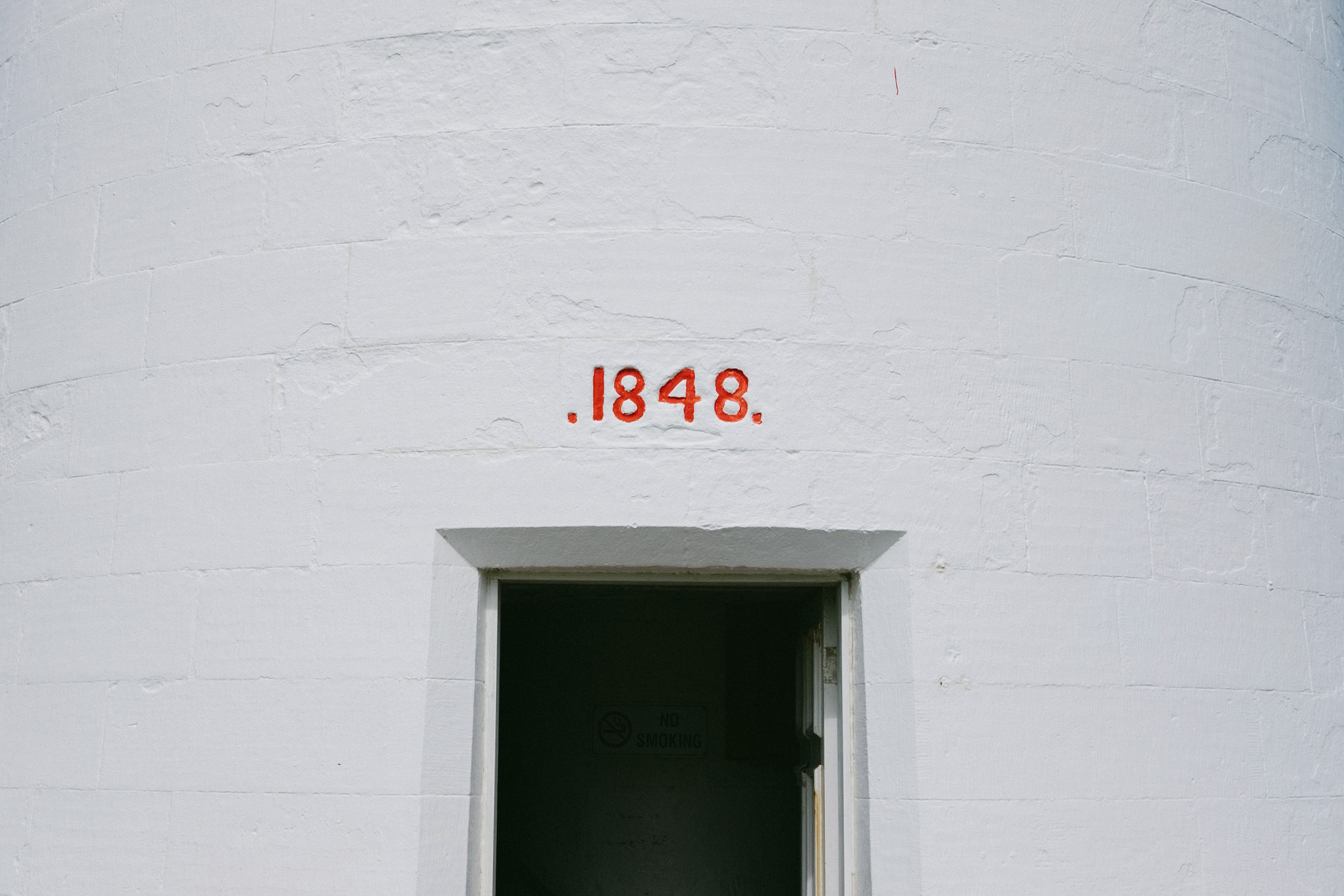 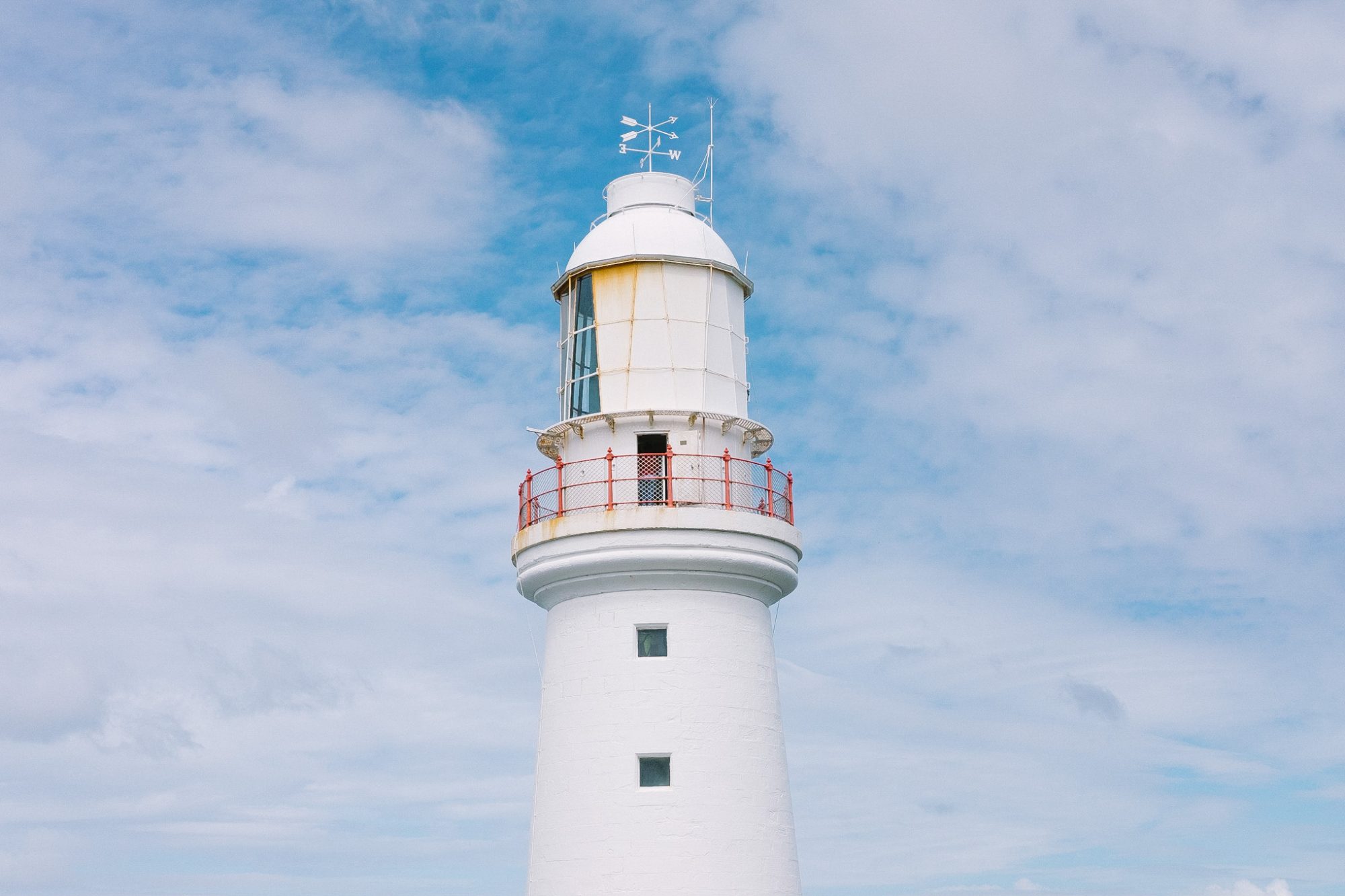 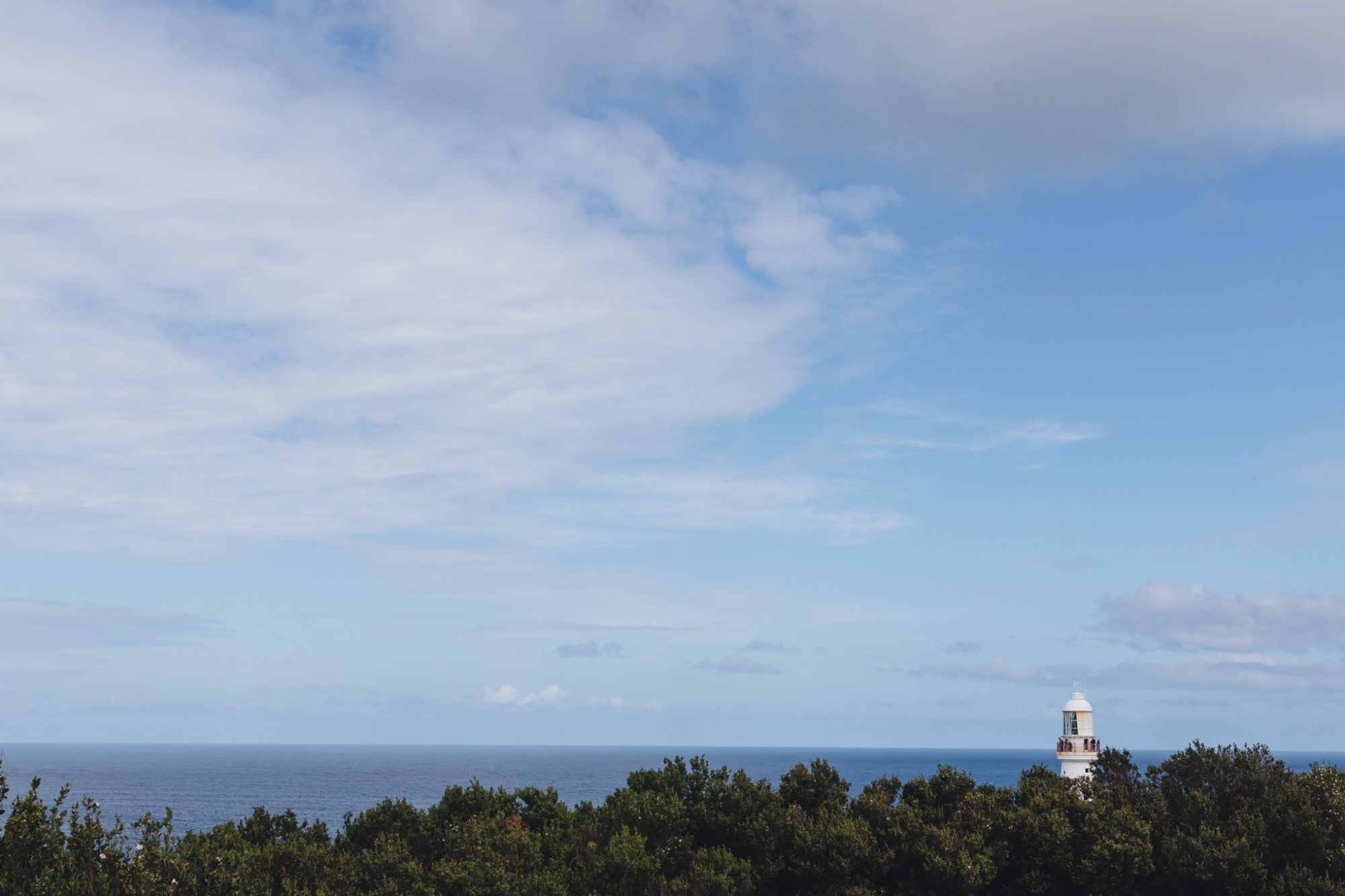 We had a variety of meals during our stay in Apollo bay, from fine dining in the hillsides at Chris’s Restaurant to fish and chips fresh off the boat from the Fishermans’ Co-op. We also went for a hearty breakfast at Bay Leaf Cafe, where I had a great bacon avo bagel, if you’re looking for another food option, Cafe 153 has a variety of great breakfast selections. 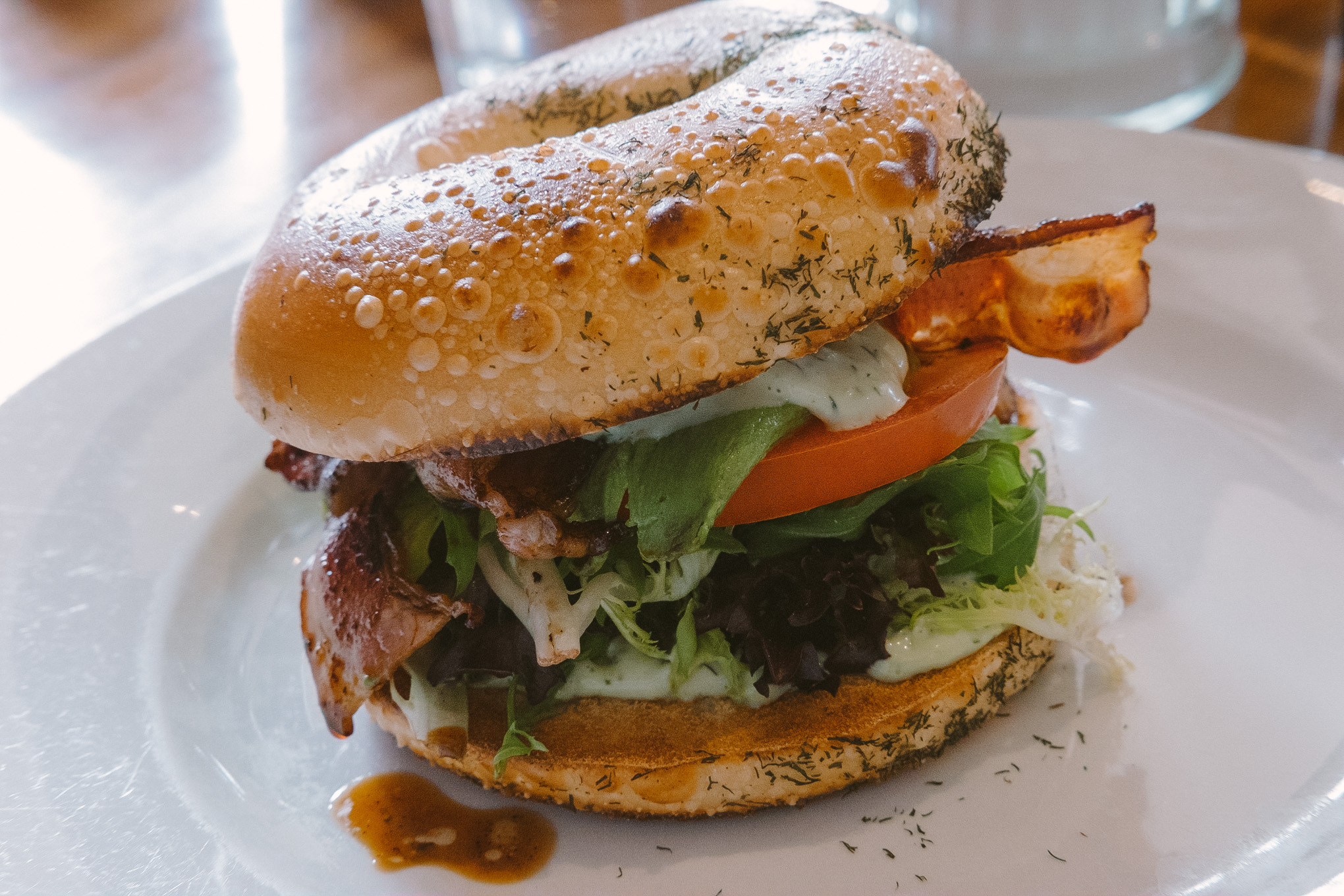 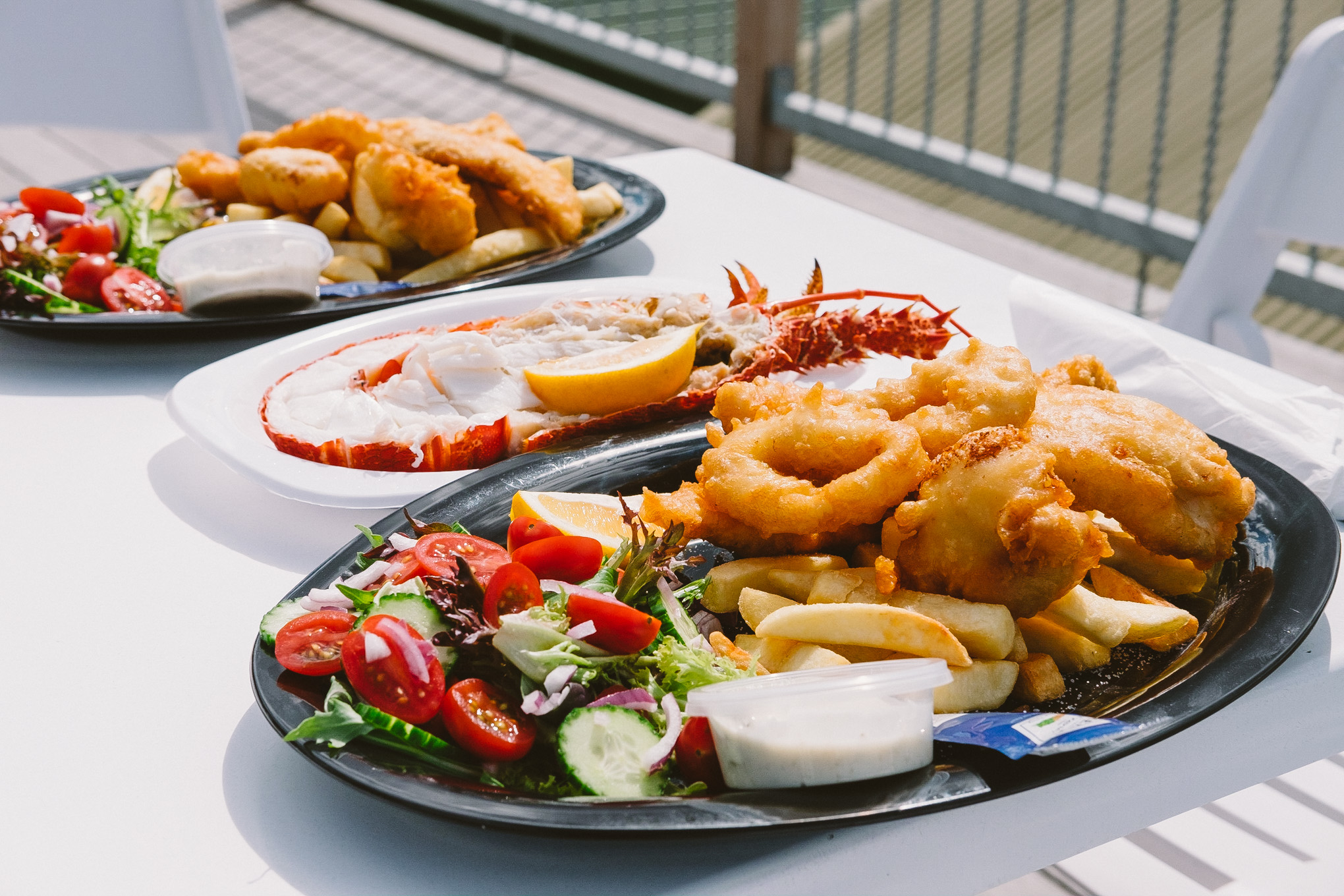 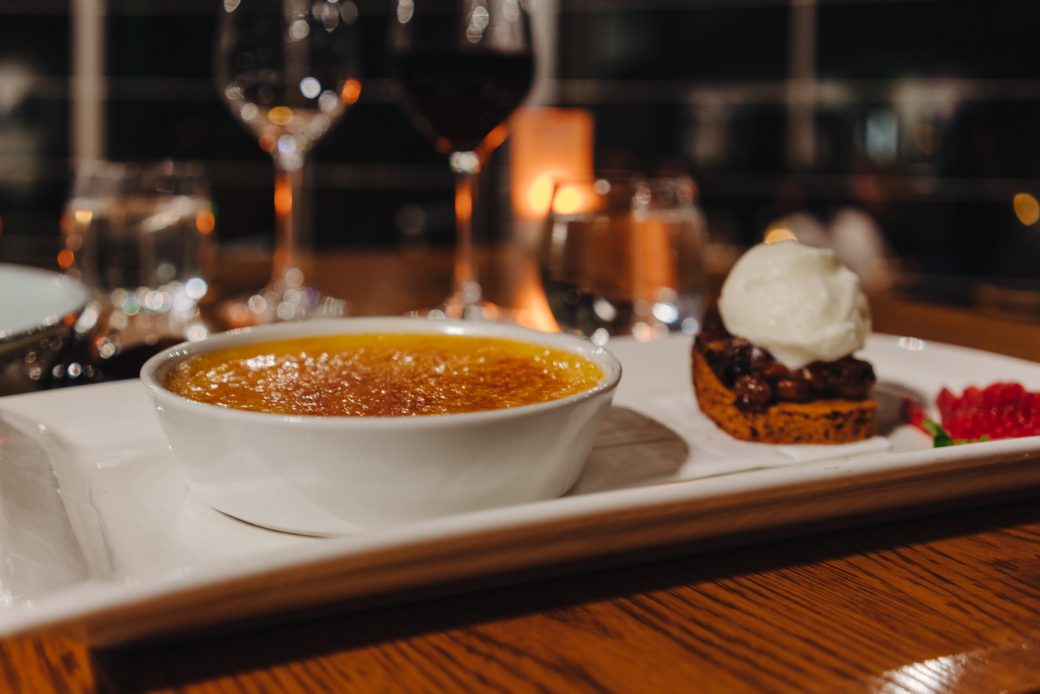 The Maple Creme Brûlée at Chris’ Restaurant was insanely good!

Apollo Bay relies heavily on the tourists during the summer, and the fishing industry throughout the year. As a seafood lover, the fish and chips and the fish special I had at Chris’ Restaurant were extra tasty and very fresh! 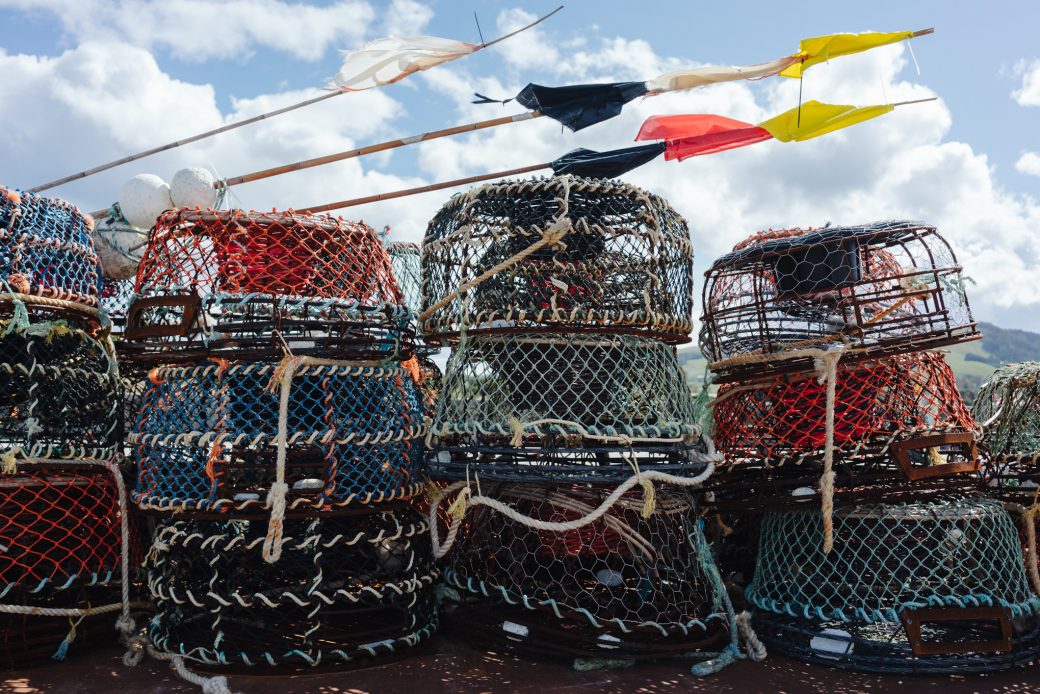 The Great Otway National Park is a rainforest fairly near to Apollo Bay. We’ve decided to dedicate a whole post on The Otways, as we feel that we got so many amazing photos of the forest and waterfalls, which is exactly what we love to shoot! 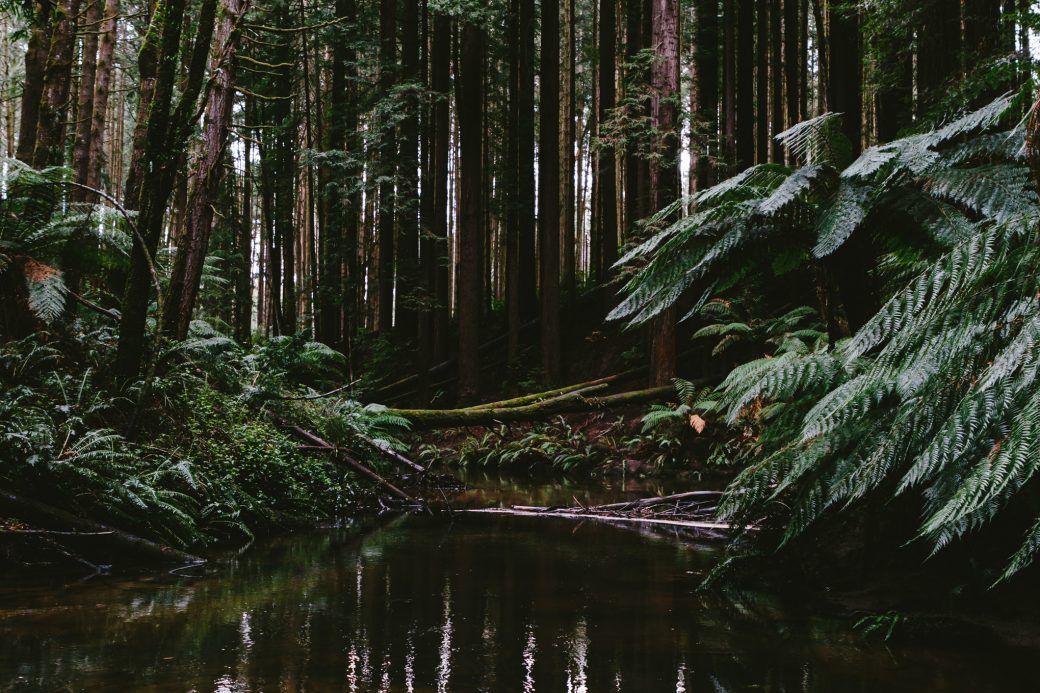 If you enjoyed this post and the rest of our content, then follow us on social media to stay up to date with where we’re travelling and what we’re posting!