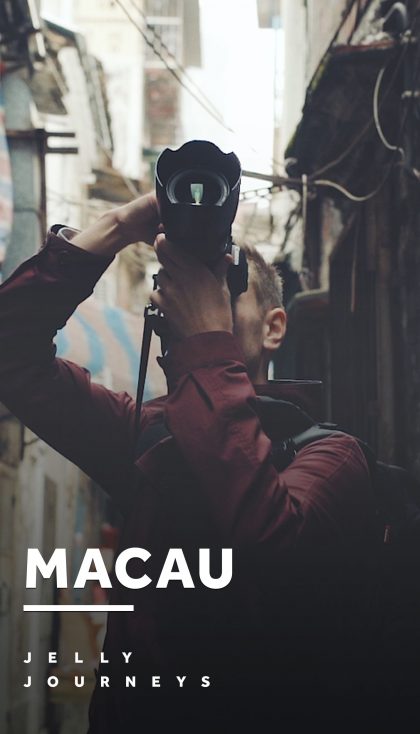 Macau is a name I had only ever really heard about in two sentences: “did you know, there are more casinos in Macau than Las Vegas?” and “are you watching the Macau Grand Prix this weekend?” That’s literally it.

So when the name cropped up multiple times when researching Hong Kong, it seemed a no-brainer to have a look and see what all the fuss was about. As it turns out, Macau is very similar to Hong Kong in the way the government is set up independently—yet still connected—to China; and it is also only about an hour’s boat ride away. We decided we’d take a day out from Hong Kong to visit the former Portuguese colonial islands via the Turbojet from Hong Kong Harbour.

Check out our video from our day in Macau and then read on for more details and photos! 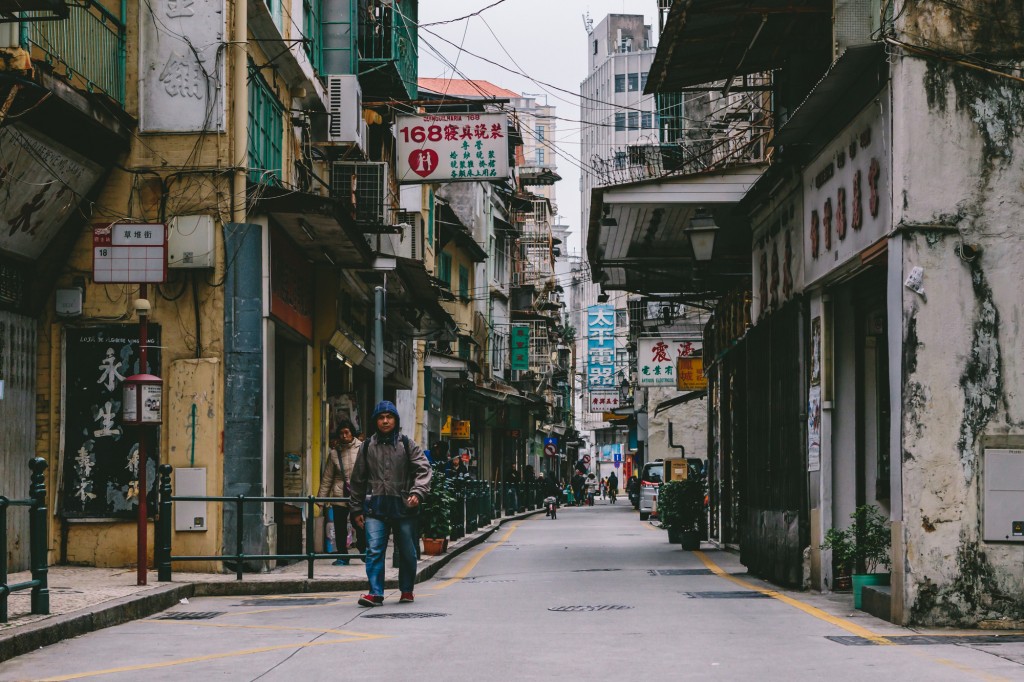 I’ll admit we got up slightly later than planned and decided we’d pick up some breakfast on the way. Just before buying our tickets for the Turbojet we realised it may not be the brightest idea to eat a hearty sausage in a bun before hitting the open waters.

We panicked about eating before getting the TurboJet to Macau… We're soo hungry and our food is staring at us 😔 pic.twitter.com/f9w9x1bnx0 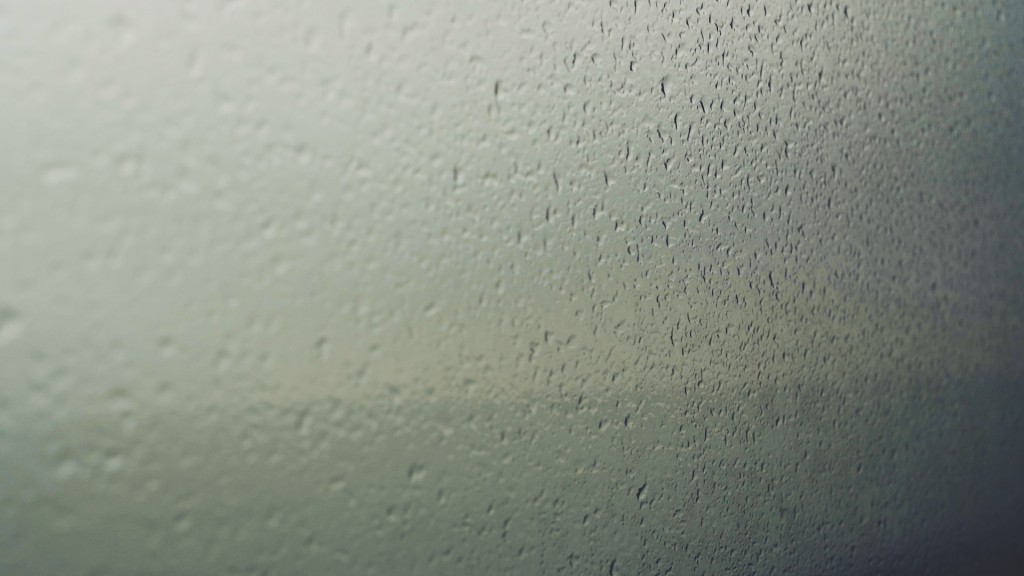 Upon stepping onto the boat, it was quite apparent that the water was already pretty choppy and we were bracing ourselves for starting our morning feeling a bit sick.

We even heard an announcement that when translated to English, quite literally said “brace yourselves…” It’s hard to hear that and not think of Mr. Bean.

The majority of the journey across to Macau was actually pretty smooth and the fuss about not eating was all a bit theatrical really. Nonetheless, one swift scoff of the sausage in a bun and we were ready to rock and/or roll. 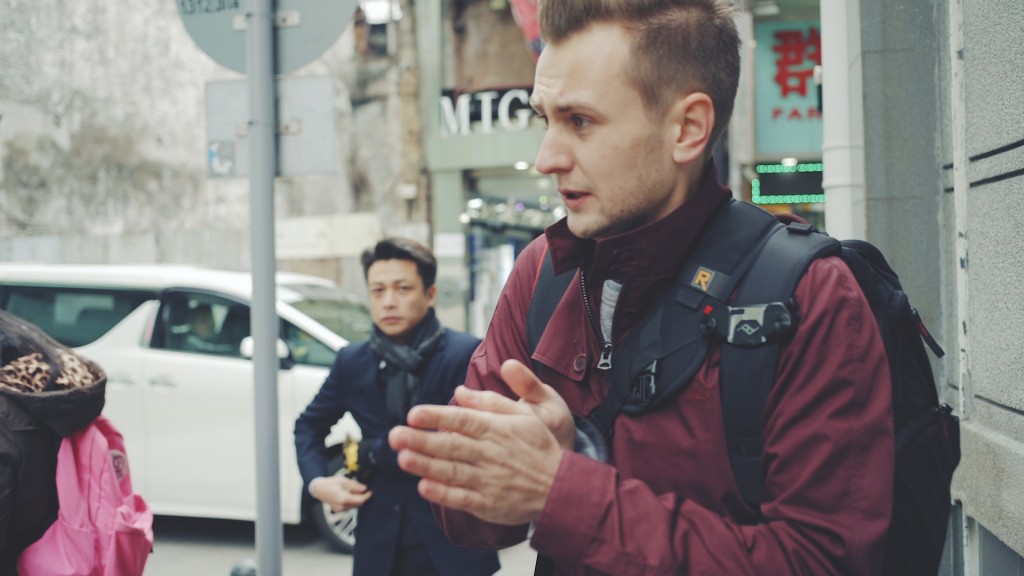 If only it wasn’t so flippin’ freezin’! This particular day happened to be the coldest of the whole week and we really weren’t expecting it. 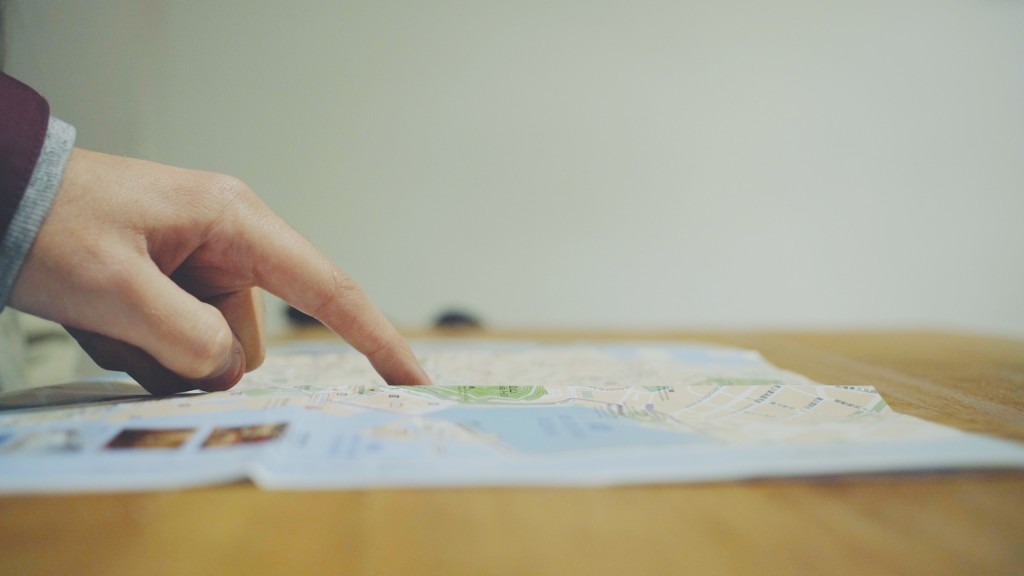 We thought we’d better head to a coffee shop and action our contingency plan. Being good tourists, we decided we’d see at least one of the landmarked scenes on our map—Senado Square—but then maybe just head to the Casinos afterwards for some warmth and entertainment. 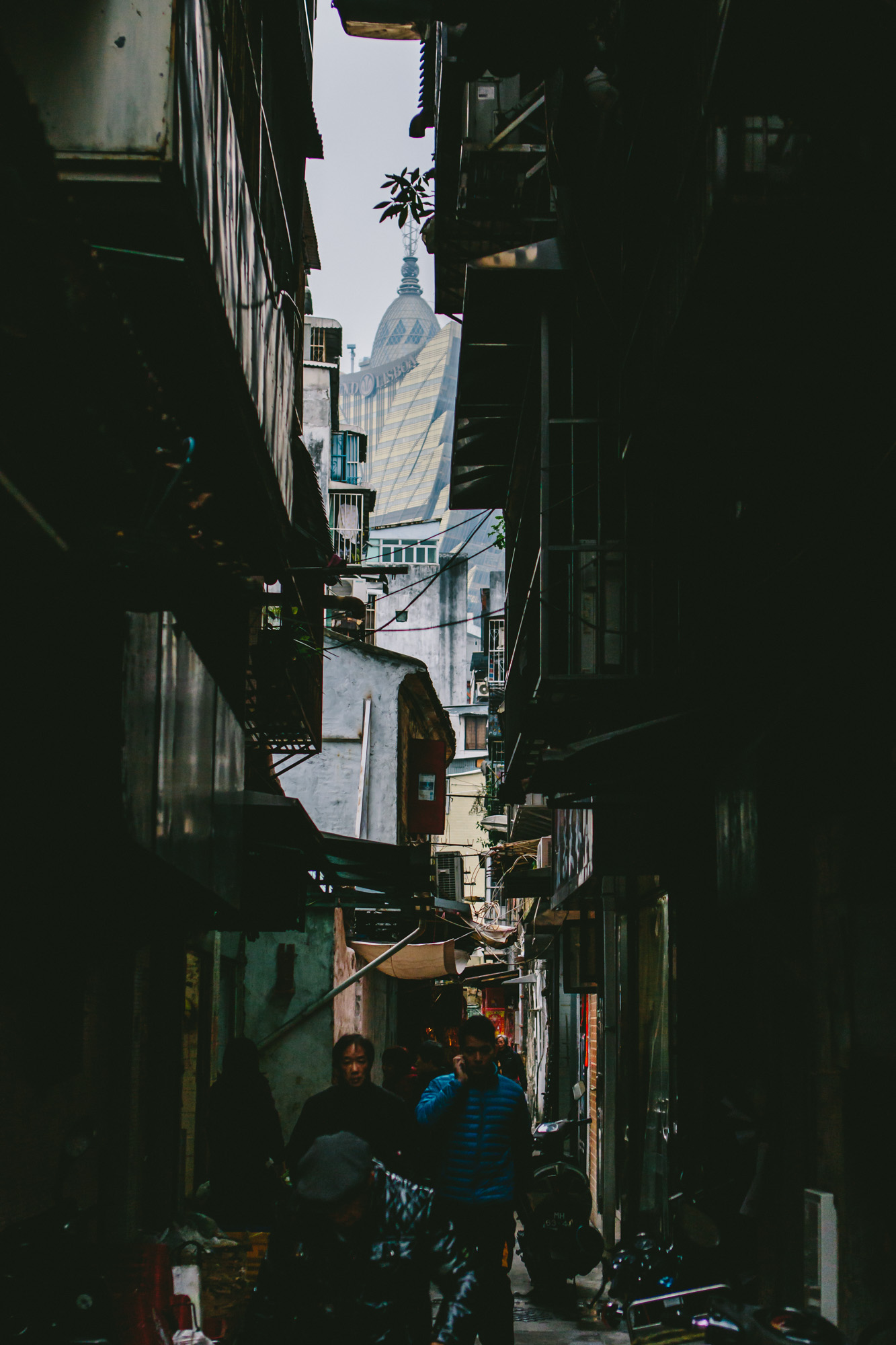 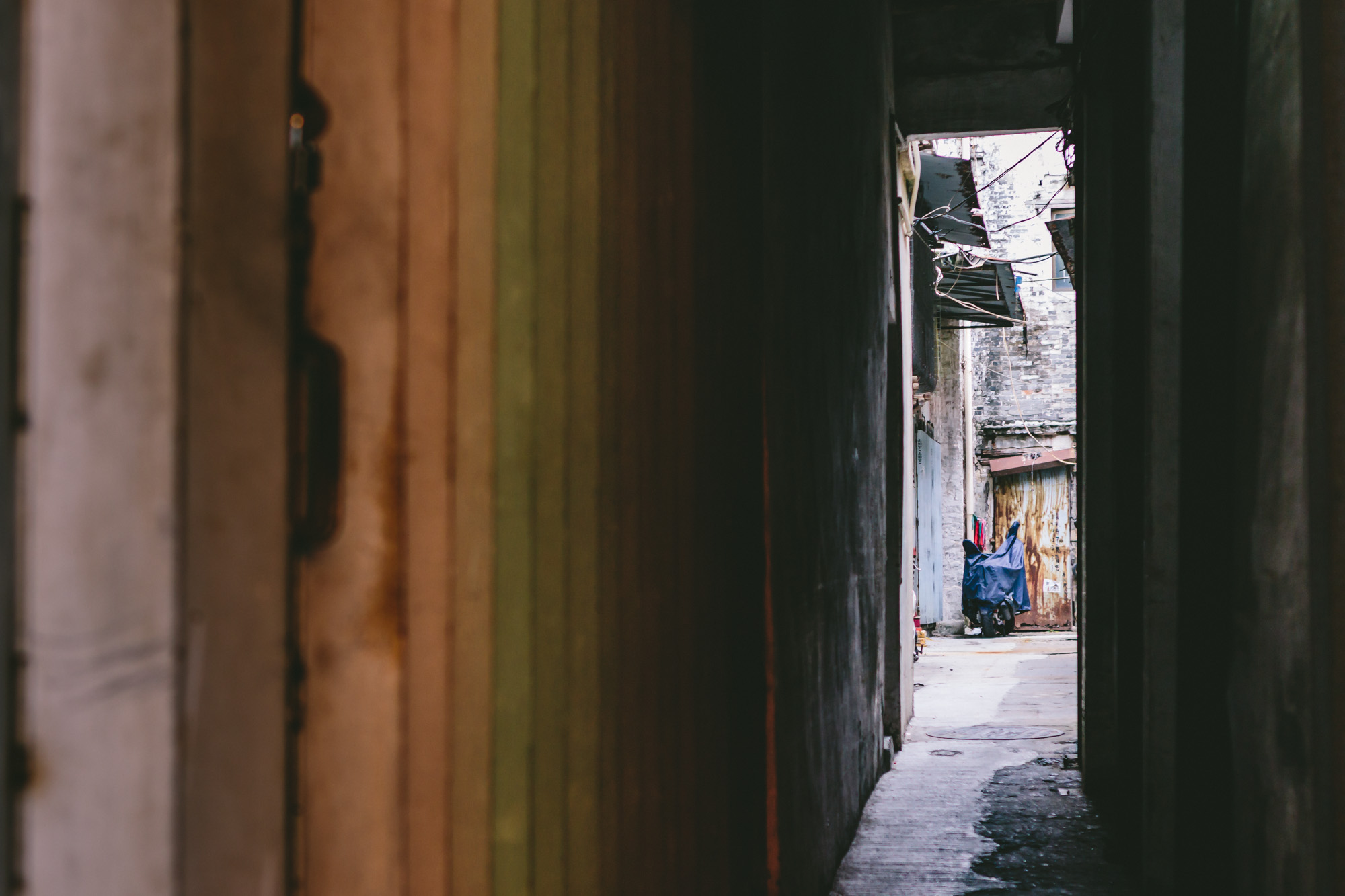 We got lost in our ways around Senado Square and ended up exploring some of the backstreets and alleyways. Much to our delight, they were extremely photogenic. Like, seriously photogenic. I’m not kidding when I say every turn had a photo opportunity. There was just so much activity and complete extremes of dividing wealth, that lead to an unforgettable experience. The cold weather was barely noticeable by now and we just kept on exploring! 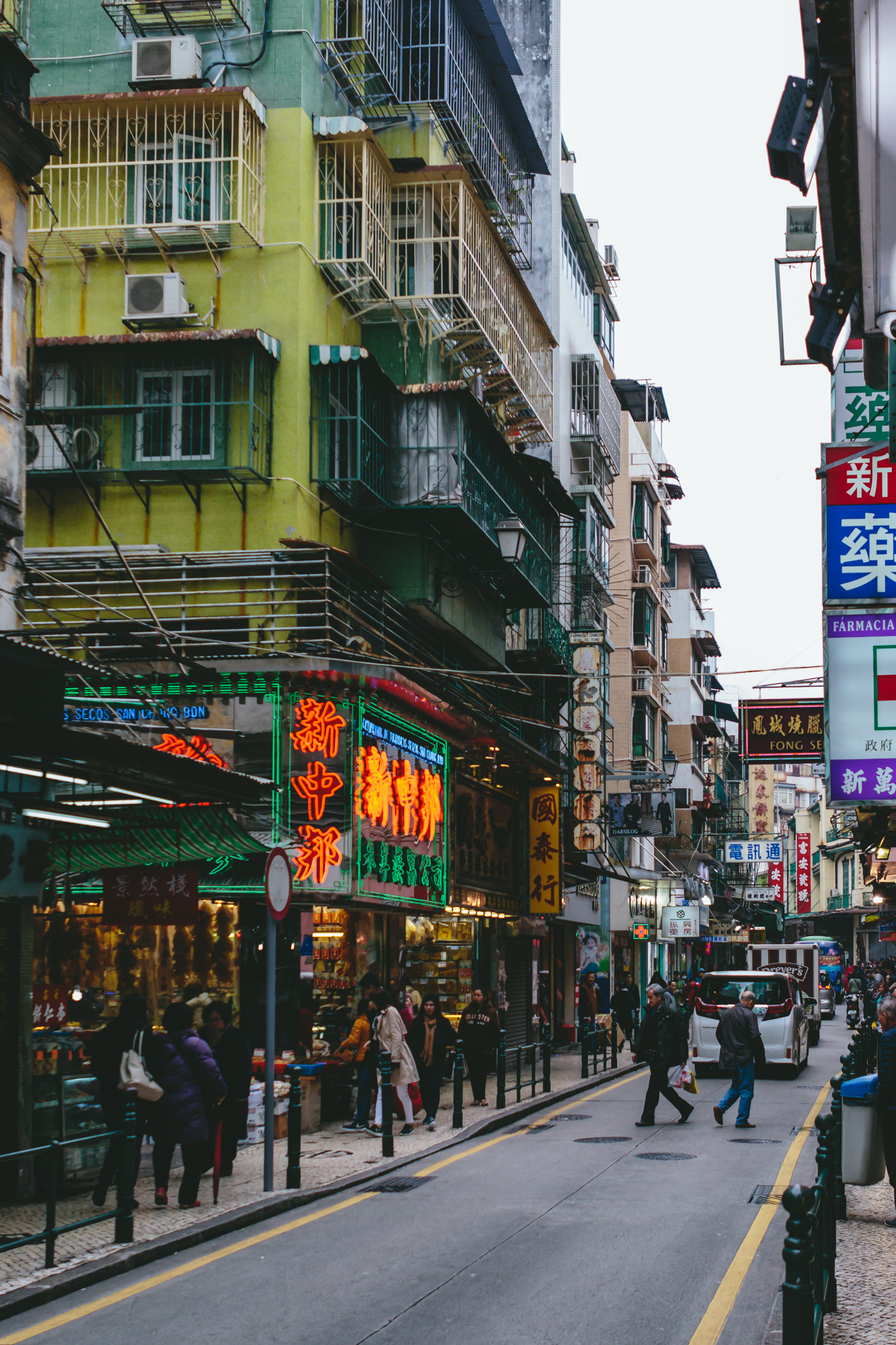 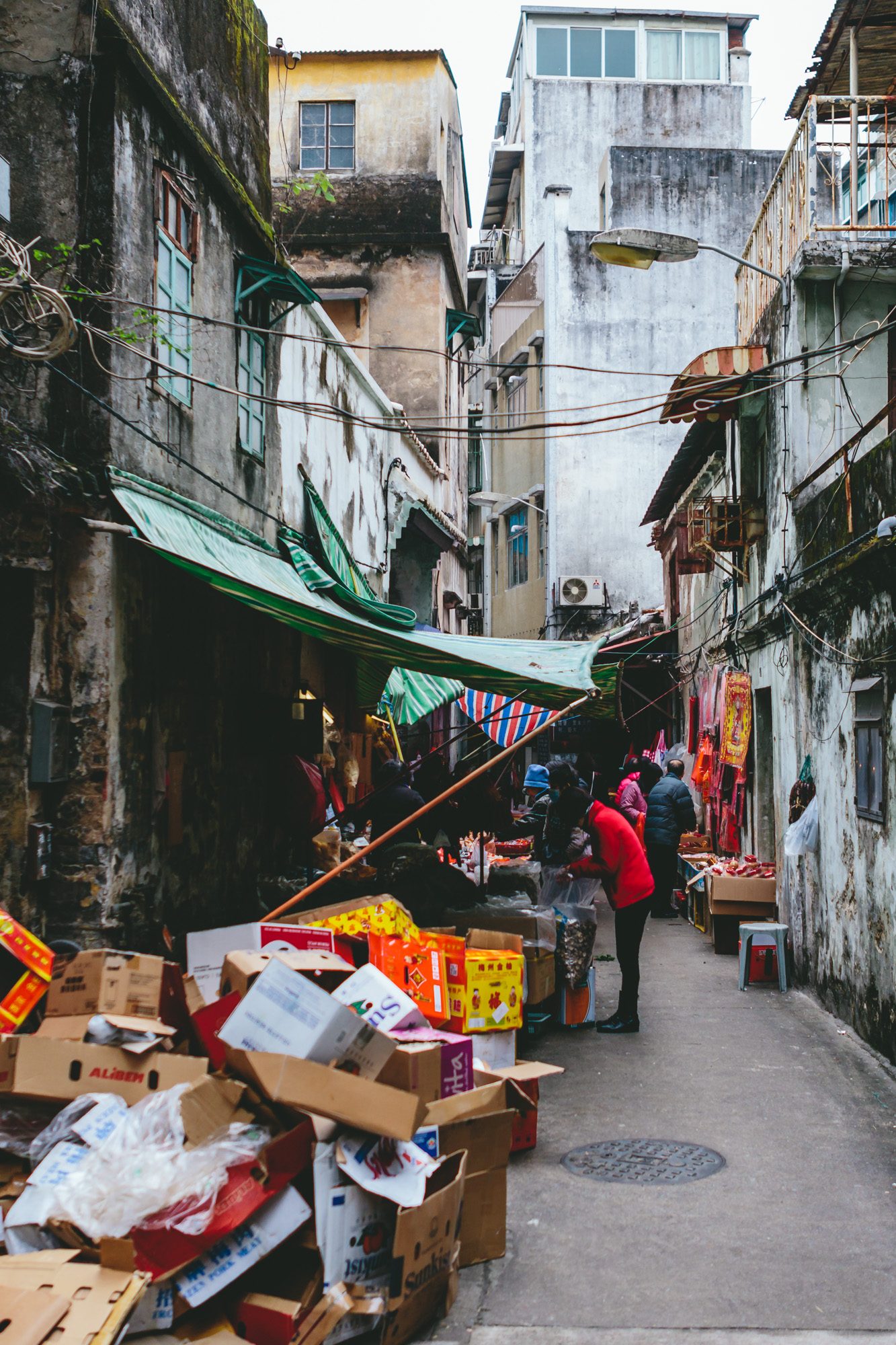 Come the afternoon, we hopped on a bus (the wrong one at first…) to the Taipa Houses Museum in the South Island. This part of town is home to some traditional Portuguese style housing of traditional Macau. Again, this place was so photogenic, especially with the backdrop of modern housing and casinos mixed with the riverside. 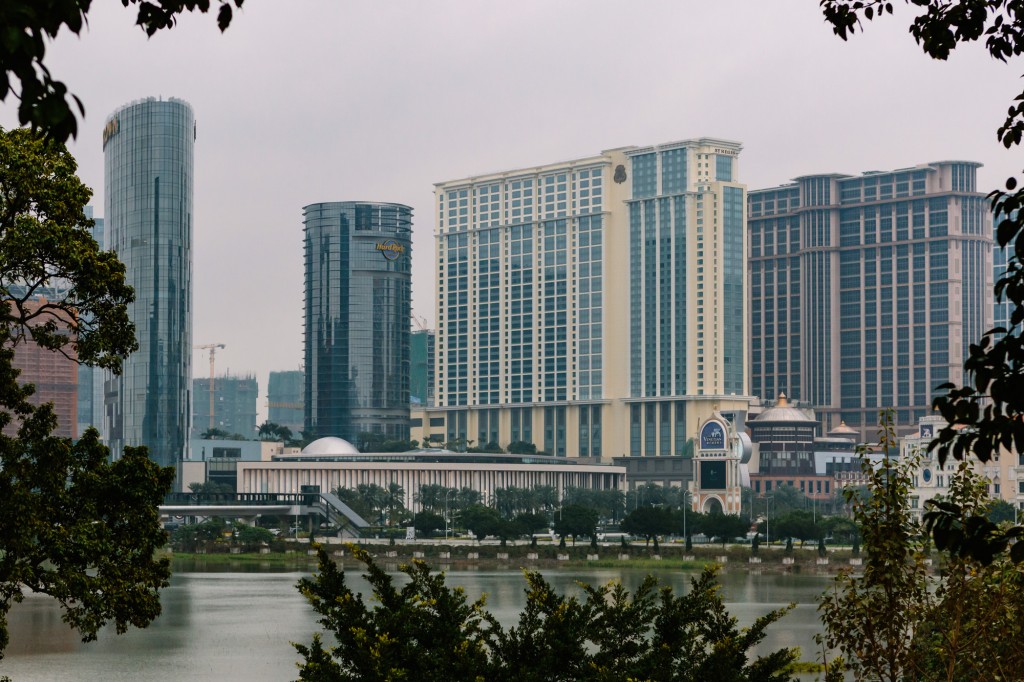 Hunger started to kick in and it was about time to shift our reality into hyperreality, by visiting the Venetian Casino. The largest Casino in the world.

Just so you know, this place is more than just a Casino. It’s a temple of entertainment. With a shopping district based around the canals of Venice, enormous food court, a theatre and even a 13,500 seat arena, there’s enough to keep you busy without even spending a dollar on the games floor.

The canals are really well produced with the best of everything from Venice, with none of the unsavoury features (it didn’t smell bad, for one!). Of course, everything is fake. We were on the third floor after all. At uni, I actually wrote an essay on the effects of hyperreality; when something is more real than the real thing it’s imitating. It was great to be thrown back to my contextual studies, live in the environment I’d written about! 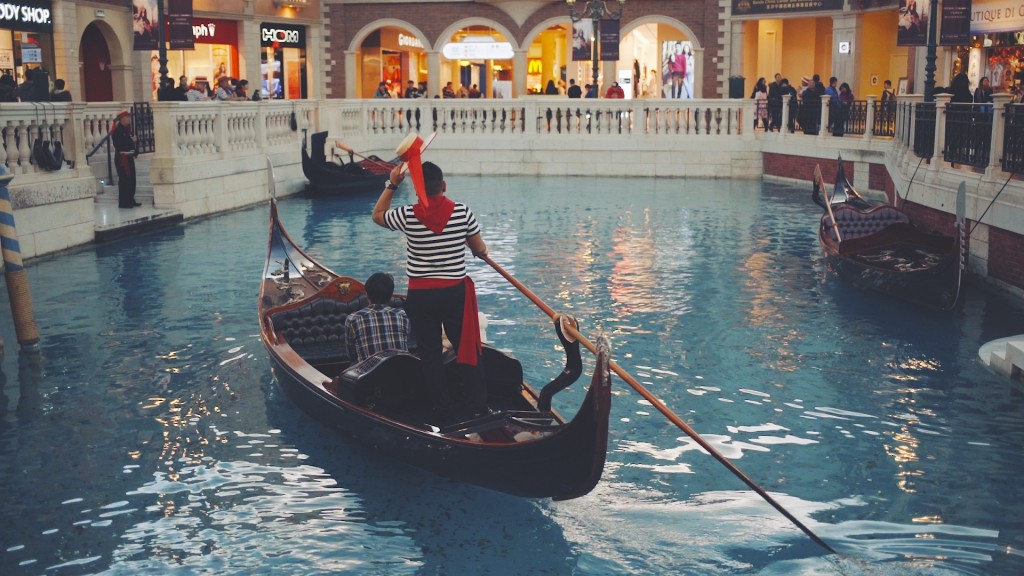 We did spend a few dollars in the casino on the roulette tables, though most things seemed to be digitised rather than traditional which was a little bit disappointing, though less intimidating. The card tables such as black jack were still manned by dealers though. Unfortunately no photography is allowed in the games hall, so we’ve got no images for that. You’ll just have to take our word for it when we say it was MASSIVE.

The journey back to Hong Kong was made very smooth by the free shuttle buses offered by The Venetian right to the Macau ferry port, added with the ability to hop on any boat earlier than the time we’d actually booked (though I hear if you’re late, that’s it. Gone.)
We thoroughly enjoyed our time in Macau and would highly recommend it to anyone, whether they’re in the region or choosing it as a destination to base yourself. 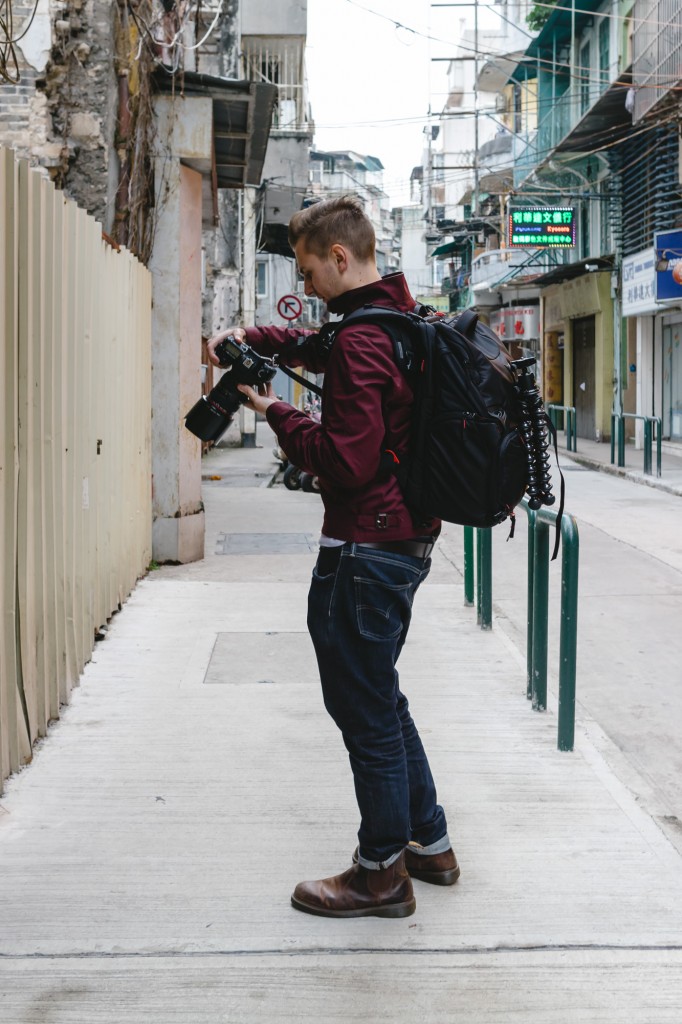 We both filmed a huge amount in Macau (as shown in the video up top) and you can also check out our post from Hong Kong along with the first video from our trip, which condenses our whole week’s activities!

I hope you’ve enjoyed this post! We’d love for you to check our social channels and stay up to date with where we are and what we’re up to by following each of them.